I wanted a lace blouse to go with my velvet Gabriola skirt. The Anna dress has such a simple and flattering bodice, I used that as the basis.The lace top is based on the Anna and the camisole underneath is bias cut and self-drafted. (I’ve made a silk bias cut nightie, trimmed with lace, using my own pattern before. It’s rather luxurious.)

I made the cami considerable shorter than I would if it was not going under the lace. I wanted the lace edge to show up but still be decent.

I added about 15 cm to the length of the Anna bodice flaring it out from the fitted waist. I decided to replace the two front pleats with one to keep things as simple as possible with the lace.  Similalry I used a pleat in the back rather than have a dart.

I really must start making muslins. When sewing lace, my advice is to avoid unpicking – it’s a nightmare! (that’s my tip). I unpicked both the front and back pleats at least twice before getting them the right length and in the right spot …………..aaaah!

I eliminated the back seam and moved the zip to the side, again to reduce the cutting and sewing of the lace. I eliminated the facings and bound the edges in self-made bias binding from the same silk as the camisole.

It was easy to make the bias binding. Once I’d cut the camisole out I simply used the bias cut and made as many strips as I could with the remaining fabric. I made them nice and wide, so they wouldn’t be too fiddly to fold. I made them the width of my ruler.

I used the same strips of silk to sandwich in each of the seams because there really wasn’t much actual fabric in the lace to sew. The silk gave the machine something to grip and helps keep the lace seams together.

I don’t like the the term ‘pattern hacking’, I prefer to call it modifying, but either way the Anna is perfect for it. Are you making anything for Sewing Indie Month?

Pattern: based on BHL Anna

I’ve linked this post up at Sewing Saturdays over at Simple Simon and Co. where you can see what other people are sewing this weekend.

12 thoughts on “Anna top, pattern modification and a tip for sewing lace” 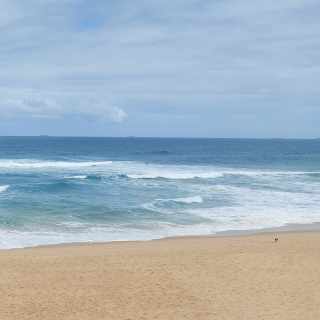 Welcome! Thanks for reading. This blog is all about sewing, fabric and patterns. I love creating and making things, learning new techniques and perfecting my skills. Love to hear from you, do leave a comment. ☺🍸🍹🍭🍰🍒🌻👠

You can also find me on: